I was tired. Fatigue overtook my body. All I wanted was to lay on my mat in my home and hide under my blanket. Life was overtaking me. I was tired; tired of it all.

Yet my friend encouraged me to go. “You have to see this man. He is like no one I’ve ever seen.”

“Whatever,” I told him. “I don’t need to see another freak in the desert who thinks he’s a Messiah.” I told him I’ve seen these guys come and go, reminded him that John the Baptizer character is in prison now. But my friend tugged at me and told me it would at least be good for me to get out, to at least listen to this Jesus.

So there I stood and wouldn’t you know it, some of that John the Baptist character’s followers were there quizzing this Jesus. They wanted to know if he was “the one” or if they should look for someone else. Jesus told them, “Go back and report to John what you hear and see: The blind receive sight, the lame walk, those who have leprosy are cleansed, the deaf hear, the dead are raised, and the good news is proclaimed to the poor. Blessed is anyone who does not stumble on account of me.”

Okay, so I heard about this guy healing people, but I couldn’t quite grasp raising people from the dead. That seemed to be a stretch. I watched those followers of that John the Baptist leave. Perhaps they felt the same as I did, not really buying that whole thing about raising the dead. I looked at my friend and tugged on his cloak. “Let’s go.” But he pointed toward this Jesus. I turned to look at him and he was now talking to all of us gathered there. “What did you go out into the wilderness to see? A reed swayed by the wind?”

He continued to speak, about John the Baptist; about the Kingdom of Heaven being raided. “And if you are willing to accept it, he is the Elijah who was to come. Whoever has ears, let them hear,” I heard him say. His words swirled in my head as he continued to speak of woe to different towns. My heart was heavy. Woe described my life. Sorrow filled my days. I just wanted to go home and hide under my blanket.

I was about to turn to my friend and tell him I was leaving when Jesus said something that caught my attention: “Come to me, all you who are weary and burdened, and I will give you rest.” I looked at him and it felt like his eyes were piercing me. He continued as if he was speaking directly to my weary heart: “Take my yoke upon you and learn from me, for I am gentle and humble in heart, and you will find rest for your souls. For my yoke is easy and my burden is light.”

#WednesdayWalk Through the Bible — an exploration of what unknown people might have seen or felt when they witnessed the events in the Bible. This post is from the perspective of someone who heard Jesus speak, based on Matthew 11 (NIV). 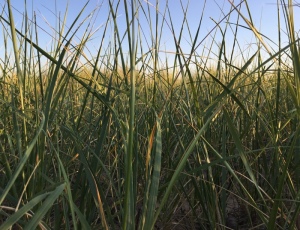 13 thoughts on “#WednesdayWalk — Just Another Man in the Desert”